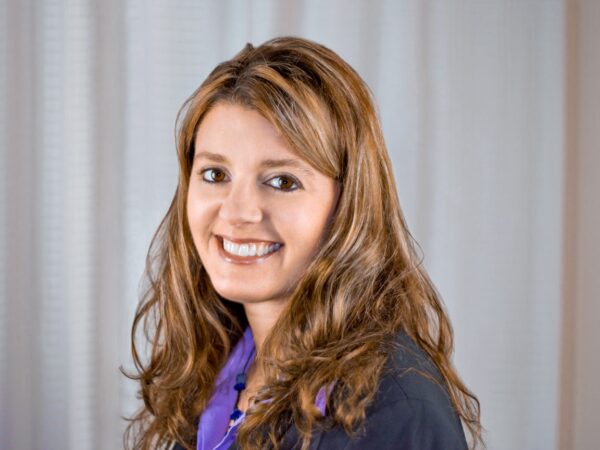 Donna Riccobono has worked with individuals with sensory impairment and multiple disabilities for more than two decades. Born and raised in New York, she began her training at the Helen Keller National Center in Sands Point, NY. Donna transferred to the University of Arizona where she obtained her BA in Deaf Studies and MA in Severe/Multiple Disabilities. From 1997 to 2002, Donna taught children with sensory impairments and multiple disabilities in Arizona.

Donna has worked in diverse settings such as public schools, special separate schools, rehabilitation facilities and adult group homes. Her passion continues to be focused on children and their families by supporting families in understanding the special education journey, helping to discover a child’s access to learning and supporting the education team.

In 2002, Donna decided to return to the East Coast to be closer to family. She taught for one year in the Montgomery County Public Schools, and was excited to join the Connections staff in September of 2003 as the Project Coordinator. In 2012, she became the Project Director. In 2018, she earned a Perkins/Roman CVI Range Endorsement.

As Project Director, Donna is responsible for managing the activities of the project, including technical assistance, programs and trainings, the demonstration activities, and the annual Maryland and DC DeafBlind child count. She also works collaboratively with other organizations and expert partners across the country and around the globe. She believes that this project has the tools and resources needed to facilitate success for everyone.

Donna lives in Frederick, MD. She has two adult children, Hakeem and Maya. 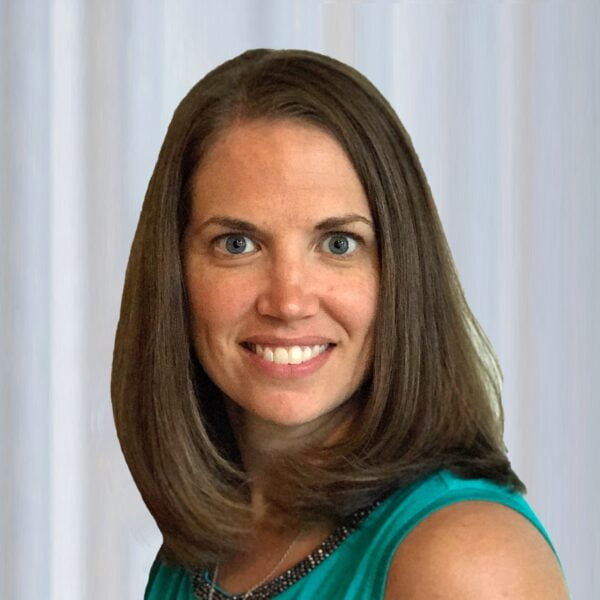 Jennifer Willis has worked with children who have dual sensory impairment since 2003. While working on her teaching degree, she served as a 1-to-1 aide and intervener, working at the Maryland School for the Blind for five years. Once she earned her degree, she spent nine years teaching in the Family Education Department at the Maryland School for the Deaf, serving children in the birth-to-5 years population and their families, with a special focus on children with deafblindness and multiple disabilities.

Jen earned her BS in Deaf Studies from Towson University, and her MS in Deaf Education from McDaniel College. She also holds a certification in special education and early childhood education, and has extensive training related to supporting children who are deaf or hard of hearing. In addition, she has many years of experience working with children who have cortical visual impairment and recently earned a Perkins/Roman CVI Range Endorsement.

In her role as Project Coordinator for CBSS, Jen will work closely with the Project Director and other team members to achieve the outcomes targeted by the grant activities. Her specific role includes being responsible for coordinating the training and technical assistance components of grant activities to ensure both are delivered effectively and efficiently. She also shares responsibility for delivering training, technical assistance, and coaching to individuals receiving training to ensure that consumers of project services are better able to support their students with deafblindness achieve improved outcomes.

Jen is an animal lover, who enjoys doing CrossFit in her free time. 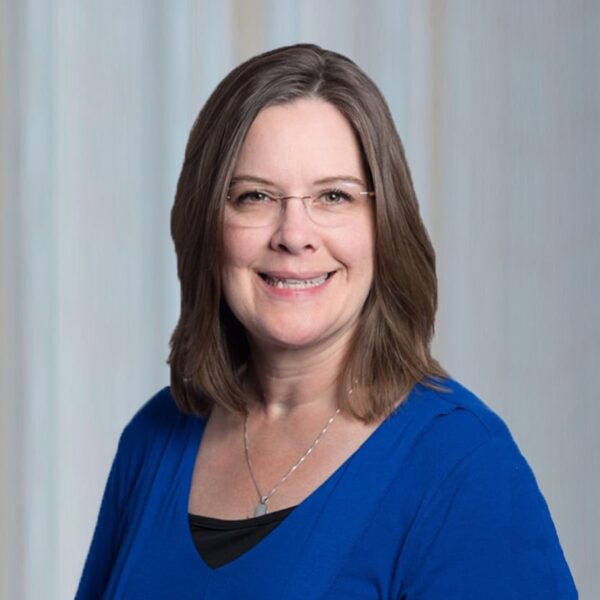 Dr. Rebecca Hommer began working as a Teacher of the Visually Impaired (TVI)  in 1999 after earning her MEd from the University of Pittsburgh. She has served as an itinerant pr0vider in both Howard and Frederick Counties, and as a preschool and kindergarten classroom teacher at the Maryland School for the Blind.

In 2005, Becky earned certification as an Orientation & Mobility Specialist from Salus University. And in 2018, she earned her EdD from Northcentral University. Her dissertation topic was “General Ed: The Barriers to Academic Success for Students with Visual Impairment in Middle and High School Inclusive Classrooms.” She has also earned a Perkins/Roman CVI Range Endorsement.

Becky has always been interested in teaching children and chose to become a TVI when she met her youngest daughter, who was diagnosed with cortical visual impairment (CVI). She also developed a special interest in O&M, believing that to be fully independent, students who are blind or deafblind must be able to safely travel in familiar and unfamiliar environments.

Joining the Connections team as an Education and Technical Assistance Specialist in 2018, Becky brings expertise and experience in CVI and O&M, as well as the ability to communicate with students using American Sign Language (ASL) and to teach students who are learning to read and write in Braille.

Becky is married and has three children and one grandchild. In her free time, she enjoys hiking with her dogs, kayaking, reading, traveling, and going to the beach. 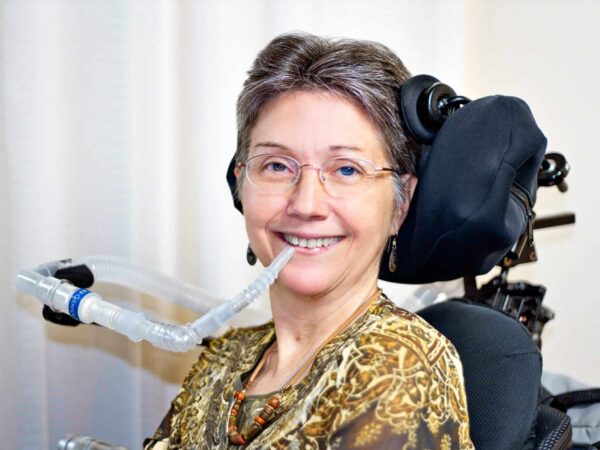 Dr. Jeni Stepanek serves as a Technical Assistance and Education Specialist for CBSS. She became a member of the staff in 2012, after serving as a consultant to the project and a member of the Advisory Committee since 2008. In addition to developing resources, newsletters, brochures, and other forms of universal TA, she is involved with program evaluation, needs assessment, outreach, and training and development for CBSS. She brings diverse insights on many issues related to working with children with disabilities and their families and service providers. During 2017, she began collaborating with NCDB staff on a nationwide online support project for bereaved families whose children were impacted by deaf-blindness.

Jeni has worked in the field of education, advocacy, and family support for more than three decades, and earned her MEd and PhD in Early Childhood Special Education from the University of Maryland, College Park. Her specific areas of research and practice include family needs and supports, psychosocial care, trauma and resiliency, and grief and bereavement. She has training in the fields of deafblindness and CVI, and has earned a Perkins/Roman CVI Range Endorsement.

Jeni is the parent of four children who had disabilities, all of whom are now deceased, and one of whom had Cortical Visual Impairment. Jeni also has a disability which necessitates the use of a wheelchair and ventilator, and has resulted in both hearing and vision impairment. A published author and editor of numerous books, articles, and chapters, Jeni is an award-winning advocate and motivational speaker on topics ranging from disability, family support, and collaboration to bereavement, peace, and spirituality. She serves as the CEO & Chief Peace Officer of the Mattie J.T. Stepanek Foundation, a National Vice President for the Muscular Dystrophy Association, and a Governor for the We Are Family Foundation. When she grows up, Jeni wants to be “83 and a beach chair philosopher.” 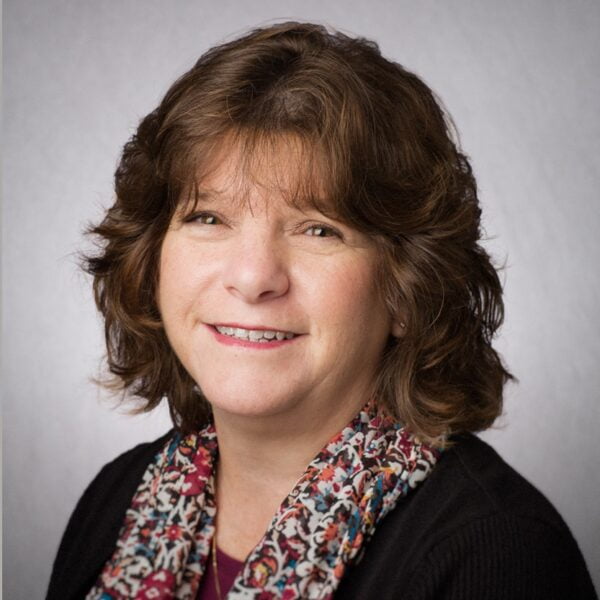 Cheri Dowling has been working with families who have deaf or hard of hearing children for more than 20 years, helping them navigate the special education systems and providing parent-to-parent support. In addition to her service and support in family engagement through Connections Beyond Sight and Sound, she also works with the Family Support and Resource Center at the Maryland School for the Deaf and is the Executive Director of the American Society for Deaf Children.

Cheri and her husband are the parents of two young adult children, Patrick and Ryan. Cheri is thrilled be a member of the Connections team and a partner working with families in Maryland and DC that are served by our project. 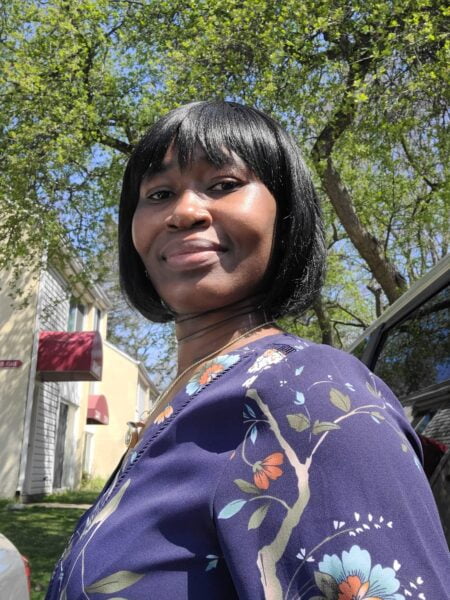 Esther Owusu is the CHARGE Syndrome Foundation MD/DC Liaison. Esther works as a liaison between the Foundation, the Maryland/DC DeafBlind project, and families in Maryland and the District of Columbia (DC) who have a child with CHARGE syndrome. Esther lives with her husband and four wonderful children in Baltimore, Maryland.